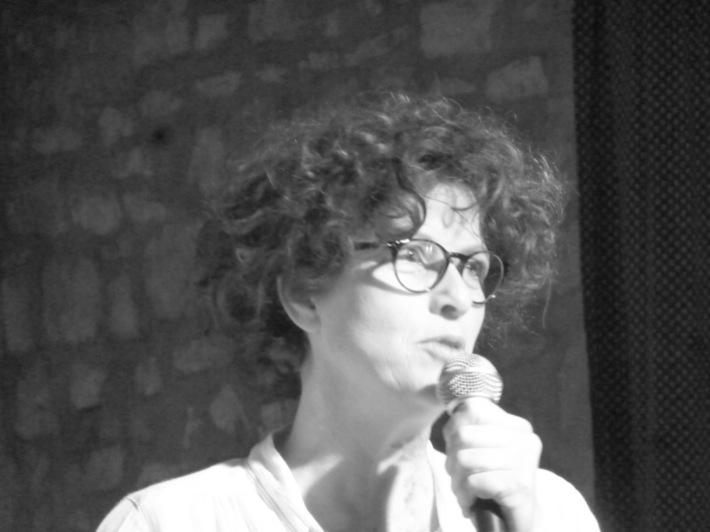 As a professional, Corinne has experimented in a wide variety of musical styles ranging from funk to jazz (performing in duets, quartets and vocal groups) and improvisation (especially with a company of contemporary dance). She sang in a nonet choir with Michelle Hendricks (the opening act for the Ray Charles Show) and has participated in three CD's: "D'Asie et d'ailleurs" with the vocal jazz group SCATSY, "Cycladapoulos" in the duet cello and voice "l'une et l'autre"; "Matounoir" in the duet, guitar and voice.
Corinne learned through participation at the Jazz Action Montpellier and then with professional jazz singers Michelle Hendricks and Roger Letson . She was taught to improvise by Denis Badault and Laurent Dehors.
She uses a variety of teaching methods derived from bodily techniques such as breathing, "ancrage", spatial awareness, timbre quality and the ability to create a presence.
For many years she has been giving short courses which include vocal techniques, interpretation and rounds. Corinne leads jazz workshops in swing, free improvisation and scat in Paris, Montpellier and Switzerland.
More informations: www.ivre2chant.com 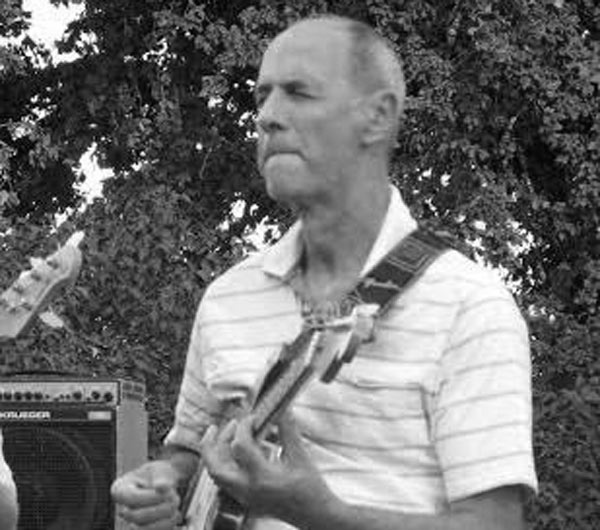 Pierre is a self taught guitarist. He started in 1972 trying to replicate the guitar sounds of the Rolling Stones, Jimi Hendrix, the Beatles, Pink Floyd, etc. During this time his skills and style as a guitarist developed and he went on to study the techniques of the best French and US musicians such as Joe Diozio, Pat Metheny, Ted Greene, John Scofield, Joe Baron, Harvey Schwarts, etc...
The 1980's was an intense period of improvement for Pierre. He played with pop artists and dance bands. Later he experimented and performed in a number of clubs, jazz and "musique actuelle"festivals . In 1998 he was the opening act in the Dee Dee Bridgewater Show. Pierre has also performed in the United States in Colorado and California.
Pierre has played and recorded with Bobby Rangell, Mark Diamont, Chuck Silverman, JPDalmassy, Alain Bedier and numbers of local musicians.
Pierre has made a number of albums: 1990, La Palmeraie; 1996, Melodies; 2002, Thessalie; 2004, Conversations and in 2009/2010 an album still to be issued made with Stephane Marras (accordion and voice), Bertrand Ray (bass and double bass), Gilles Combalet (drums).
Here is what the press have to say about Pierre: Midi Libre, "Pierre's melodies must grab our attention!" and la Gazette de Toulouse, "Pierre, a cool musician. His playing and melodies are rich in poetry."
Pierre is the author of a blues guitar method and several CD's which have backing tracks for jazz, blues, bossa, samba, funk, rock and pop music. He founded Musiques Festives in 1994. 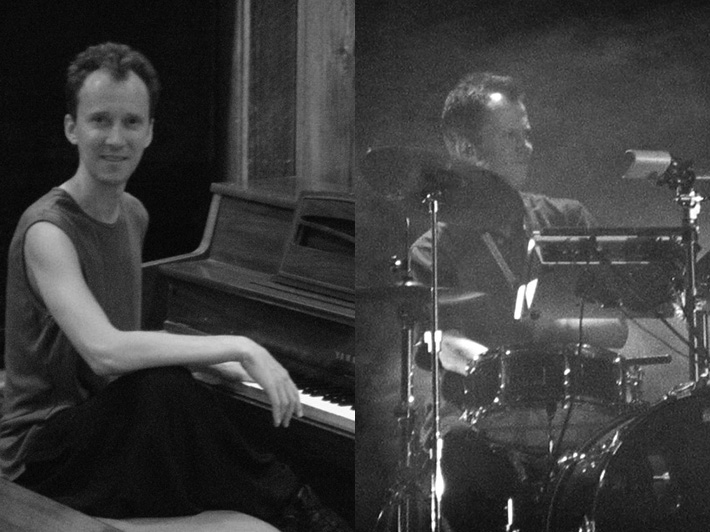 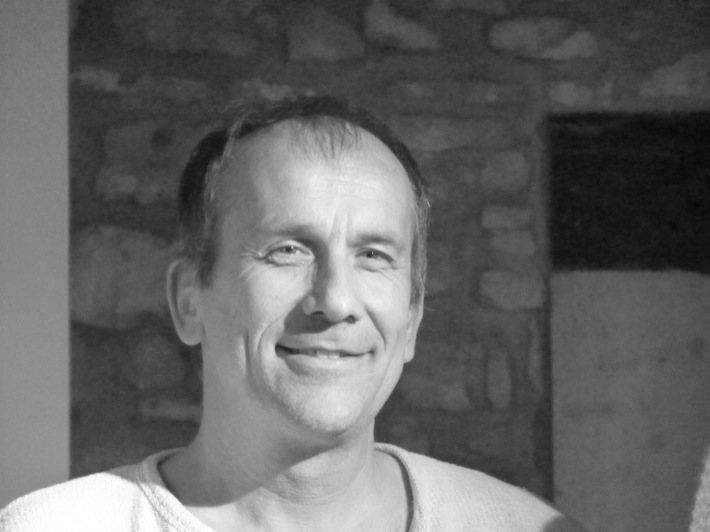 Born in 1964 he discovered the flute at the age of five when he began his first musical studies. Selftaught on guitar and electric bass and performed in different bands around Paris. Bertrand studied jazz at the CIM and IACP and at the age of twenty, double bass, winning a gold medal in Classical Music at the Nimes Musical Academy. He graduated in FNEJMA.
Performing as a professional since the age of seventeen, he has worked with artists playing jazz, songs, funk, salsa, blues and rock.
Bertrand is an experienced stage musician who has participated in numerous festivals both in France and abroad, (first prize at the "musicales de Bastia", Ferrara buskers in Italy, Brighton in England). He has been the opening act in several shows: C.Khaled; J Birkin; Guy Béart; Michel Legrand; Benebar; Michel Portal; E Kusturica.
Bertrand has made recordings with Ginkobiloba (Patchamama, Mamacita), O l'Hotes (au plaisir, Melancolies). He gives private tuition, teaches in music schools and short courses. 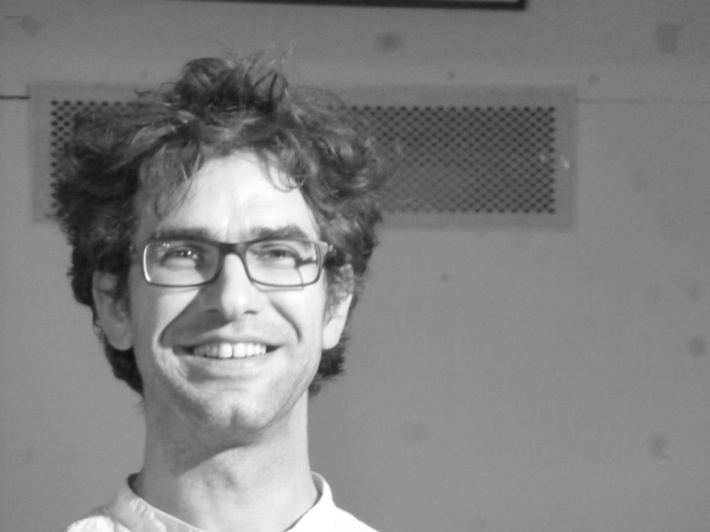 A pianist and keyboard player, Manuel started with classical training at the academy of music. He became interested in pop music and learned to play guitar and bass before studying jazz piano. Manuel's music has continued to develop. He has set up a project which experiments with musical influences from all over the world while he is trained in composition. For example, he happened to meet Angel Preval from Cuba (drummer, percussionist, composer).

On stage Manuel performs with a variety of bands that play reggae, soul, salsa, new soul and jazz. He plays duets and frequently takes part in Magic Circle improvised sessions organised by the drummer Neil Conti (David Bowie, Youssou N'Dour). His personal project the Jabulani Trio is a tribute to the South African pianist Abdulla Ibrahim and his compositions. 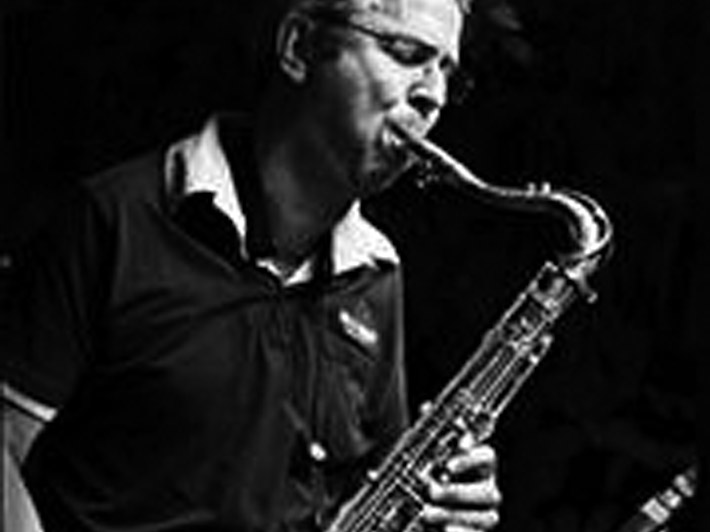 Born in Tulle in 1964, he studies classical as well as jazz saxophone at the conservatory of Montreuil with Jean Claude Fohrenbach. He participates in lots of music bands ranging from trio to big band.
He especially performed with Georges Arvanitas, Maurice Vander, big band régional du limousin, Carlos Maza ... 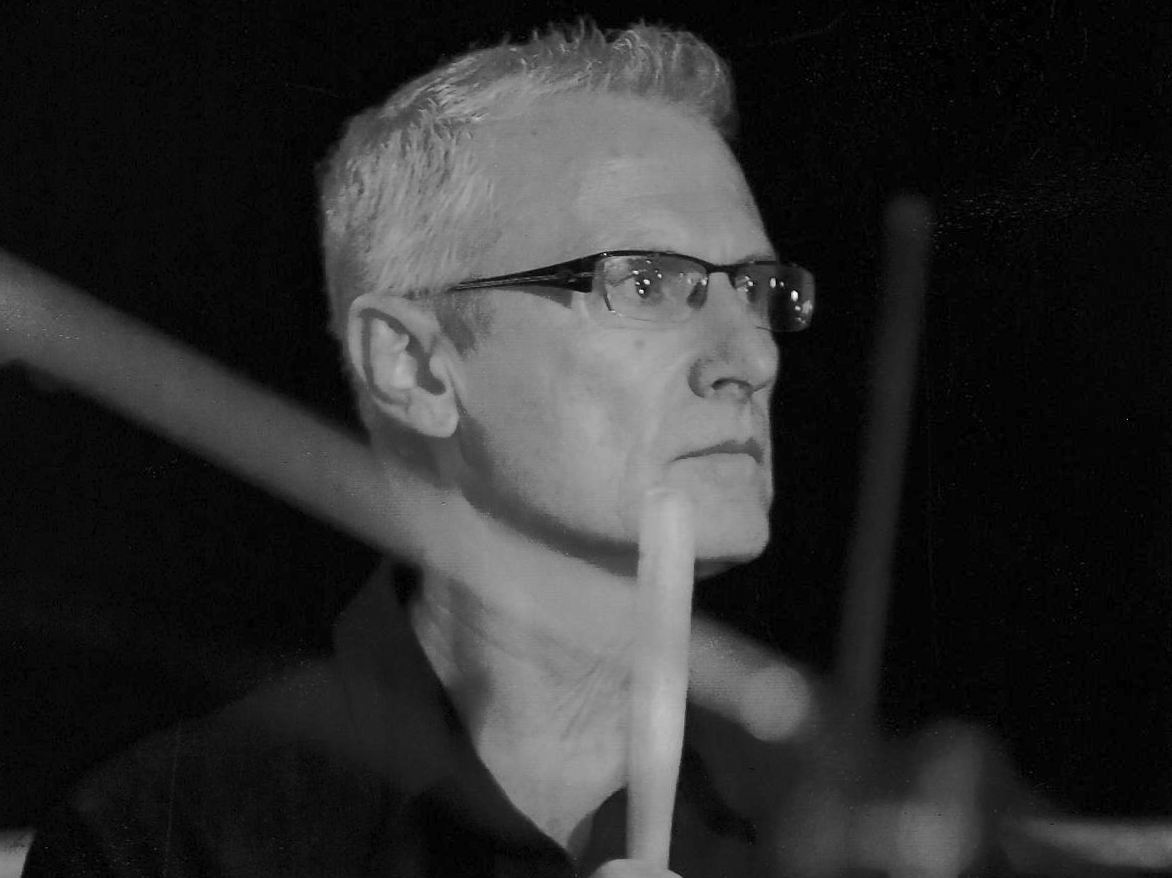 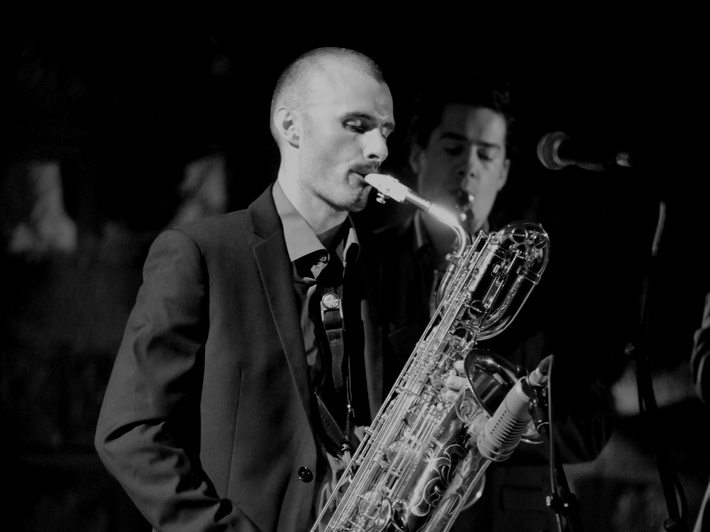 First prize of Saxophone, Jazz, and Chamber Music. Benjamin Amiel teaches today on Montpellier and Pézenas. At the same time he performs with musicians such as Serge Lazarevitch (Jazz teacher at the Montpellier Conservatoire) as a trio, conducts and composes for the "BANB" that will be on the national jazz scene with the Radiofrance festival, and works for future generations with his pedagogical saxophone set "Les p'tits Saxs de Pézenas". 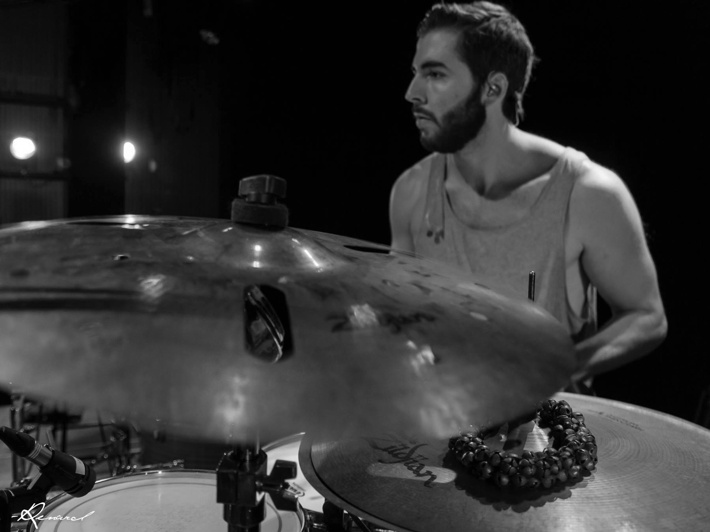